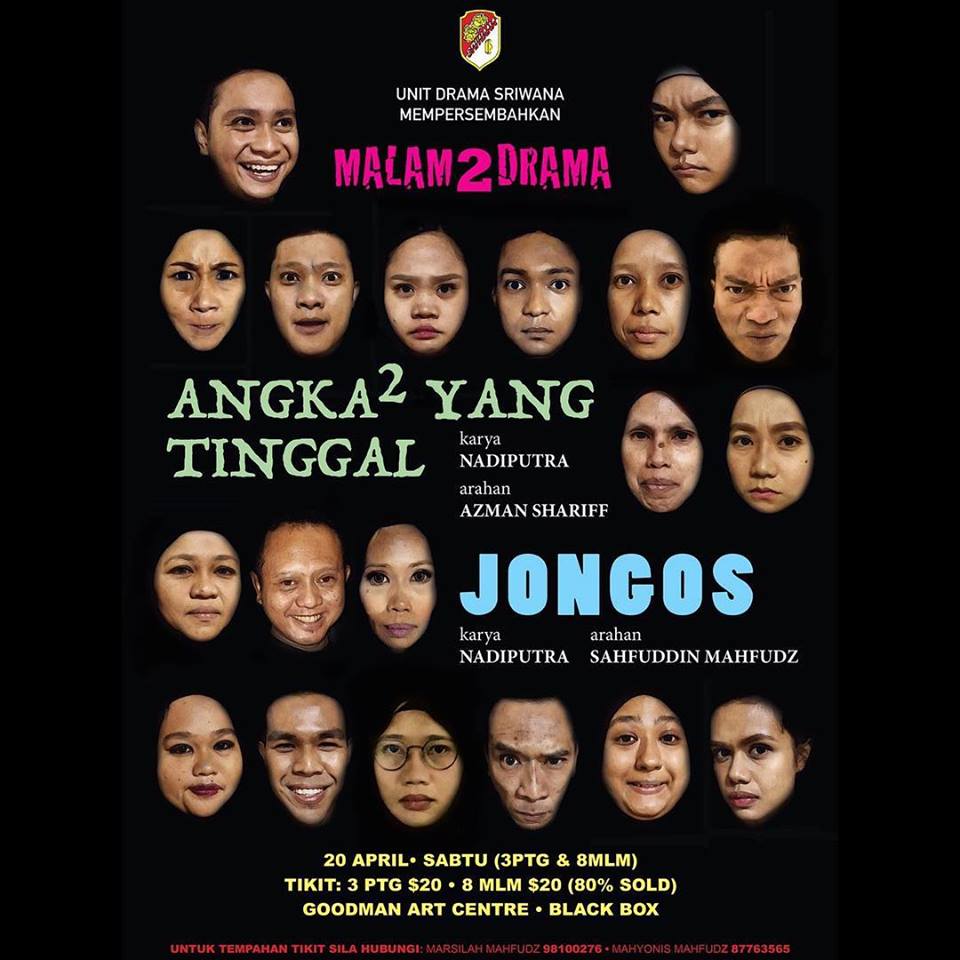 SRIWANA has nurtured and produced many talented artistes specialising in the Malay Performing Arts of Dance, Music and Theatre. In the early years of Singapore’s television entertainment history, many of our theatre trained members were engaged for television drama serials on Singapore Broadcasting Corporation (SBC), Prime 12, Premier 12 that which later evolved to Suria Channel.

Continuing our long tradition of nurturing keen individuals in theatre acting, Sriwana has recently completed a 12 week workshop on basic acting for stage, radio and TV. The workshop also exposes our participants on stage production work and stage craft through theory and practical activities.

Join us as we welcome our new members on stage for their debut double bill performance in Malay Theatre, titled “Angka-Angka Yang Tinggal” and “Jongos” on 20 April 2019 at The Goodman Arts Centre. “Angka-Angka Yang Tinggal” (The Remaining Numbers), invites us to look into the lives of twelve crew members who were stranded on an island. Disoriented and suffering from concussion, these individuals begin questioning their reasons for existence after their close brush with death. Isolated and away from the world, were their reflections relevant to a well connected society of today? “JONGOS” looks into the discussion of a management committee of a voluntary social group for private car hirers and taxi drivers named “JONGOS”. As the membership attrition rate for the group continues to increase, the committee discusses the relevance of the group and ponders if it should be disbanded. Were the members solely to blame for the lack of interest in being part of the “JONGOS” family? Did any of the committee members realise that the main issue of “JONGOS” stems from the values and mission of the social group itself? Sit in for the play to find out what the committee members conclude from their discussion.

We hope to see you!